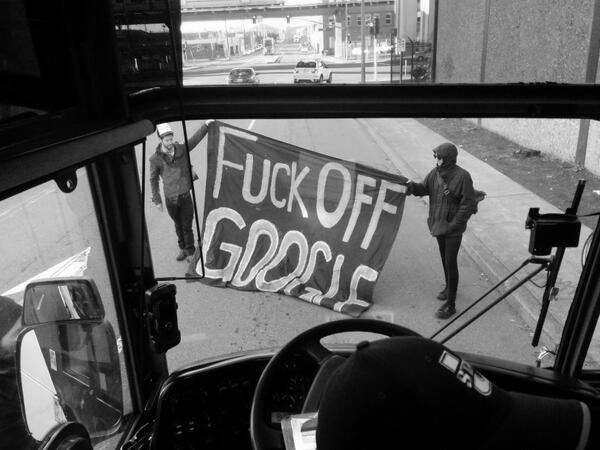 1. There are no “Facebook revolutions”, but there is a new science of government, cybernetics.

The genealogy is not well known, and it deserves to be. Twitter descends from a program named TXTMob, invented by American activists as a way to coordinate via cellphones during protests against the Republican National Convention in 2004. The application was used by some 5000 people to share real-time information about the different actions and movements of the police. Twitter, launched two years later, was used for similar purposes, in Moldova for example, and the Iranian demonstrations of 2009 popularized the idea that it was the tool for coordinating insurgents, particularly against the dictatorships. In 2011, when rioting reached an England thought to be definitively impassive, some journalists were sure that tweeting had helped spread the disturbances from their epicenter, Tottenham. Logical, but it turned out that for their communication needs the rioters had gone with BlackBerry, whose secure telephones had been designed for the upper management of banks and multinationals, and the British secret service didn’t even have the decryption keys for them. Moreover, a group of hackers hacked into BlackBerry’s site to dissuade the company from cooperating with the police in the aftermath. If Twitter enabled a self-organization on this occasion it was more that of the citizen sweepers who volunteered to sweep up and repair the damage caused by the confrontations and looting. That effort was relayed and coordinated by CrisisCommons, a “global network of volunteers working together to build and use tecnology tools to help respond to disasters and improve resiliency and response before a crisis.” At the time, a French left-wing rag compared this undertaking to the organization of the Puerta del Sol during the Indignants Movement, as it’s called. The comparison between an initiative aimed at a quick return to order and the fact of several thousand people organizing to live on an occupied plaza, in the face of repeated assaults by the police, may look absurd. Unless we see in them just two spontaneous, connected, civic gestures. From 15-M on, the Spanish “indignados,” a good number of them at least, called attention to their faith in a citizens’ utopia. For them the digital social networks had not only accelerated the spread of the 2011 movement, but also and more importantly had set the terms of a new type of political organization, for the struggle and for society: a connected, participatory, transparent democracy. It’s bound to be upsetting for “revolutionaries” to share such an idea with Jared Cohen, the American government’s anti-terrorism adviser who contacted Twitter during the “Iranian revolution” of 2009 and urged them to maintain it’s functioning despite censorship. Jared Cohen has recently cowritten with Google’s former CEO, Eric Schmidt, a creepy political book, The New Digital Age. On its first page one reads this misleading sentence: “The Internet is the largest experiment involving anarchy in history.” “In Tripoli, Tottenham or Wall Street people have been protesting failed policies and the meager possibilities afforded by the electoral system… They have lost faith in government and other centralized institutions of power… There is no viable justification for a democratic system in which public participation is limited to voting. We live in a world in which ordinary people write Wikipedia; spend their evenings moving a telescope via the Internet and making discoveries half a world away; get online to help organize a protest in cyberspace and in the physical world, such as the revolutions in Egypt or Tunisia or the demonstrations of the the ‘indignados’ throughout Spain; or pore over the cables revealed by WikiLeaks. The same technologies enabling us to work together at a distance are creating the expectation to do better at governing ourselves.” This is not an “indignada”speaking, or if so, she’s one who camped for a long time in an office of the White House: Beth Noveck directed the “Open Government Initiative” of the Obama administration. That program starts from the premise that the governmental function should consist in linking up citizens and making available information that’s now held inside the bureaucratic machine. Thus, according to New York’s city hall, “the hierarchical structure based on the notion that the government knows what’s good for you is outdated. The new model for this century depends on co-creation and collaboration.”

The West’s crisis of trust in itself, in its knowledge, in its language, in its reason, in its liberalism, in its subject and the world, actually dates back to the end of the 19th century; it breaks forth in every domain with and around the First World War. Cybernetics developed on that open wound of modernity. It asserted itself as a remedy for the existential and thus governmental crisis of the West. As Norbert Wiener saw it, “We are shipwrecked passengers on a doomed planet. Yet even in a shipwreck, human decencies and human values do not necessarily vanish, and we must make the most of them. We shall go down, but let it be in a manner to which we may look forward as worthy of our dignity”. Cybernetic government is inherently apocalyptic. Its purpose is to locally impede the spontaneously entropic, chaotic movement of the world and to ensure “enclaves of order,” of stability, and – who knows? – the perpetual self-regulation of systems, through the unrestrained, transparent, and controllable circulation of information. “Communication is the cement of society and those whose work consists in keeping the channels of communication open are the ones on whom the continuance or downfall of our civilization largely depends,” declared Wiener, believing he knew. As in every period of transition, the changeover from the old economic governmentality to cybernetics includes a phase of instability, a historical opening where governmentality as such can be put in check.

2. War against all things smart!

3. The Poverty of Cybernetics.

The famous “question concerning technology,” still a blind spot for revolutionary movements, comes in here. A wit whose name can be forgotten described the French tragedy thus: “a generally technophobic country dominated by a generally technophilic elite.” While the observation may not apply to the country, it does apply in any case to the radical milieus. The majority of Marxists and post-Marxists supplement their atavistic inclination to hegemony with a definite attachment to technology-thatemancipates-man, whereas a large percentage of anarchists and post-anarchists are down with being a minority, even an oppressed minority, and adopt positions generally hostile to “technology.” Each tendency even has its caricature: corresponding to the Negriist devotees of the cyborg, the electronic revolution by connected multitudes, there are the anti-industrials who’ve turned the critique of progress and the “disaster of technological civilization” into a profitable literary genre on the whole, and a niche ideology where one can stay warm at least, having envisaged no revolutionary possibility whatsoever. Technophilia and technophobia form a diabolical pair joined together by a central untruth: that such a thing as the technical exists. It would be possible, apparently, to divide between what is technical and what is not, in human existence. Well, no, in fact. One only has to look at the state of incompletion in which the human offspring is born, and the time it takes for it to move about in the world and to talk, to realize that its relation to the world is not given in the least, but rather the result of a whole elaboration. Since it’s not due to a natural compatibility, man’s relation to the world is essentially artificial, technical, to speak Greek. Each human world is a certain configuration of techniques, of culinary, architectural, musical, spiritual, informational, agricultural, erotic, martial, etc., techniques. And it’s for this reason that there’s no generic human essence: because there are only particular techniques, and because every technique configures a world, materializing in this way a certain relationship with the latter, a certain form of life. So one doesn’t “construct” a form of life; one only incorporates techniques, through example, exercise, or apprenticeship. This is also why our familiar world rarely appears to us as “technical”: because the set of artifices that structure it are already part of us. It’s rather those we’re not familiar with that seem to have a strange artificiality. Hence the technical character of our world only stands out in two circumstances: invention and “breakdown.” It’s only when we’re present at a discovery or when a familiar element is lacking, or breaks, or stops functioning, that the illusion of living in a natural world gives way in the face of contrary evidence.